(Note: The original title of this play is simply, "Thumbs Up" -- but I rather like the revised version)

I was pleased to discover that Kids Play Inc is performing one of my lesser known comedies... Lesser known perhaps because it is a bit obscure by today's standards.  My "Thumbs Up" play is a loving tribute to my favorite pair of bickering film critics, Gene Siskel and Roger Ebert.  As a kid, I loved to watch a TV show called "At the Movies."

Here's some of the article:

KidsPlay, Inc. children’s theatre will present Two Thumbs Up by Wade Bradford, May 2nd, 3rd, and 4th at the HJ Ricks Centre for the Arts.
Two Thumbs Up features a pair of rival movie critics, Edward Nickel (played by Jake Hobbs) and Michael Gilbert (played by Ian Cole), who open the show at celebrity auction where they compete in bidding on John Travolta’s white disco suit worn in the movie Saturday Night Fever. Nickel eventually outbids Gilbert for the prized artifact, but problems arise when the suit suddenly disappears. The rest of the play centers on which of the characters might have stolen the suit.  The prime suspects are the actors from the movies that Nickel and Gilbert have given unfavorable reviews to over the years.

"How To Kiss a Girl" Goes International

A pleasant email notice arrived yesterday -- and it wasn't even an April Fool's prank.

My one act comedy has been selected by two international schools: 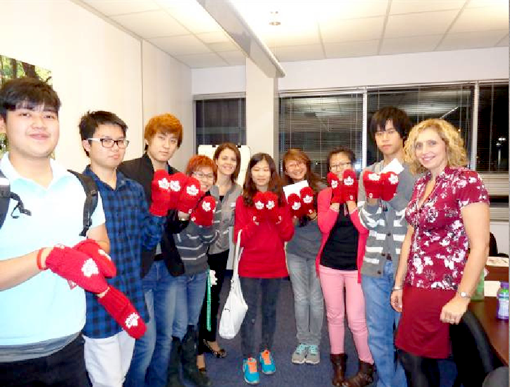 The American School Of Dubai in the United Arab Emirates.

Wow!  I don't know how each drama teacher stumbled upon my little play, How to Kiss a Girl, but I am honored that it will be entertaining audiences overseas.
Posted by Wade at 10:29 AM No comments: