You can read the stage play Trifles at Project Gutenberg... 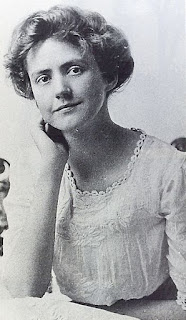 The Origin of "Trifles"

"Trifles" is currently Glaspell's most popular play. Like other works of early feminist writing, it was rediscovered and embraced by the academic community. One of the reasons for this short play's enduring success is that it is not only an insightful commentary on the different perceptions of each gender, but it's also a compelling crime drama that leaves audiences discussing what happened and whether or not the characters acted unjustly.

While working as a journalist for the Des Moines Daily News, Susan Glaspell covered the arrest and trial of Margaret Hossack who was accused of murdering her husband. According to a summary by True Crime: An American Anthology:

"Sometime around midnight on December 1, 1900 John Hossack, a well-to-do, 59-year-old Iowa farmer, was attacked in bed by an axe wielding assailant who literally beat out his brains as he slept. His wife became the prime suspect after neighbors testified to her long-simmering hatred of her abusive spouse."

The Hossack case, much like the fictionalized case of Mrs. Wright in "Trifles," became a hotbed of debate. Many people sympathized with her, seeing her as a victim in an abusive relationship. Others doubted her claims of abuse, perhaps focusing on the fact that she never confessed, always claiming that an unknown intruder was responsible for the murder.

True Crime: An American Anthology explains that Mrs. Hossack was found guilty, but a year later her conviction was overturned. The second trail resulted in a hung jury and she was set free.

Read the rest of my Susan Glaspell article at ThoughtCo...